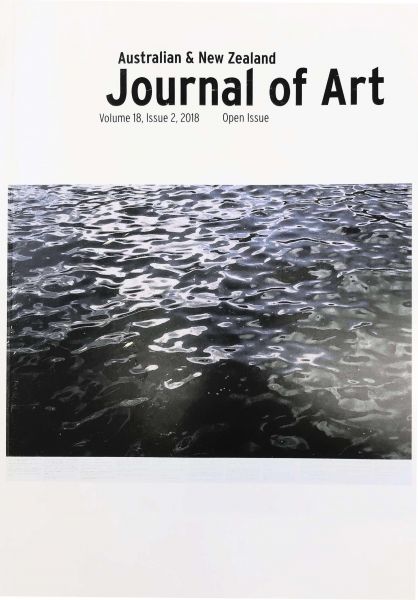 Wes Hill goes spelunking in the nostalgic, fragmented, and multi-temporal aesthetic experiences of Michael Stevenson's reconstructed historical objects; Andrew Robert Ward outlines Agnes Martin's influence on the art milieu of late-1950's Coenties Slip, and how her 1960's grid paintings originated in that early geographical and social context; Barbara Garrie conducts a close reading of Roni Horn's Thames photographs, focusing on the slippery nature of identity via a feminist interpretation of the sublime; Kara Blakley examines the sculptural pagodas of the Music Room of the Royal Pavilion, Brighton, and situates them within a Romantic and proto-Orientalist paradigm; Claire Roberts unearths the publishing history if Ian Fairweather's translation form the Chinese, The Drunken Buddha, and its significance in terms of his painting practice; Kate Warren tracks the short-lived but important history of The Australian Women's Weekly Art Prize, in terms of the opportunities it granted female artists in the 1950s; Caroline Jordan and Diane Kirkby describe the attitudinal and institutional obstacles placed in the path of women during the modernism in 1930s. but how artists such as Daphne Mayo, Vida Lahey and Maie Casey forged alternate pathways to recognition; plus reviews.