Researchers from the University of Melbourne have contributed to the most comprehensive genome-wide association study, or GWAS, of colorectal cancer risk to date, published in Nature Genetics, which has discovered 40 new genetic variants and validated 55 previously identified variants that signal an increased risk of colon cancer. 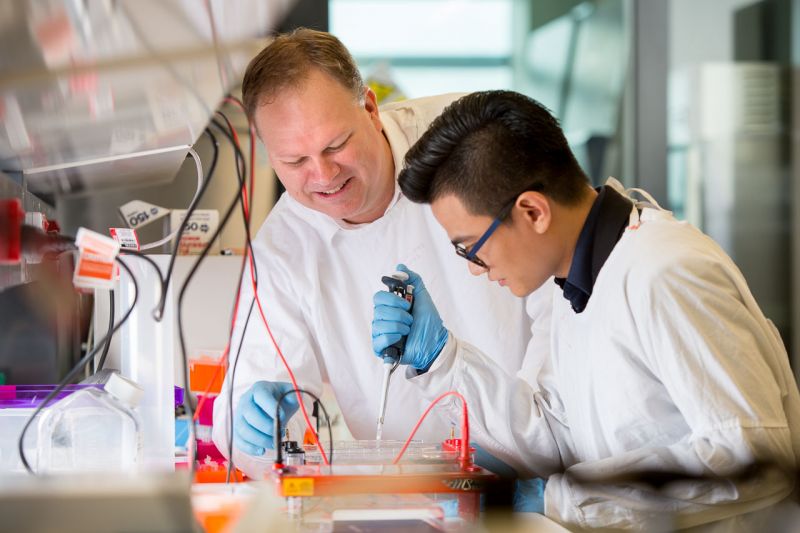 Researchers from more than 130 different institutions contributed to this study, many by sharing data and biospecimens that allowed the team to analyze the genomes of more than 125,000 individuals, of which there were 58,131 colorectal cancer cases and 38,296 control participants who had not developed the disease. The number of participants in this study is nearly double that of previous analyses of this type.

“A study of this magnitude was only possible through collaboration with our partners from institutions around the world,” said Dr. Ulrike “Riki” Peters, associate director of the Public Health Sciences Division at Fred Hutch and recipient of Fred Hutch’s 40th Anniversary Endowed Chair. “Understanding the genetic architecture of colorectal cancer will revolutionize how we assess risk and treatment for this disease, which is the second most deadly cancer in U.S.” In 2009, Peters initiated and has since led the Genetics and Epidemiology of Colorectal Cancer Consortium, the world’s largest molecular genetic consortium for colorectal cancer.

These findings also illuminate what the study authors call “a missed opportunity” in drug development. The study identified several loci, the physical location of the gene on a chromosome, near proposed drug targets and genes in pathways not previously known to be causally linked to colorectal cancer. Using GWAS results to inform cancer drug development, the authors believe, could improve the drug-development success rate and even lead to chemoprevention drugs for high-risk individuals.

“There’s great potential in using GWAS results to inform target discovery for anti-cancer drugs. For diseases like type 2 diabetes and heart disease, the GWAS approach drives the discovery of new biology and potential drug targets,” explained Dr. Jeroen Huyghe, who co-led the study’s statistical genetic analysis and is a staff scientist at Fred Hutch. “To date, the search for new targets for cancer therapy has been limited to focus primarily on the molecular characteristics of cancer cells. We think there is a huge opportunity in using the GWAS approach to inform drug development for colorectal cancer.”